ASTRONAUT CALL OUT
The European Space Agency is looking for new astronauts. It's been eleven years since the last call out, but this time around it wants more women to apply, and for the first time ever it's hoping to recruit an astronaut with a disability. The ESA has only ever sent two women into space, so this time they want heaps of women to apply. They're also encouraging people with a physical disability who may have been overlooked in the past. They'll help the space agency find ways to adapt current tech, so they can live and work on the ISS, and on future missions. Candidates must have specific university qualifications, come from a member country, preferably in the age range of 27 to 37, speak English and a second language, oh and pass six stages which test their scientific and technical know-how, physical capabilities and mental state. Applications open in March, and the lucky few could end up living on the International Space Station, or even setting foot on the moon.

VICTORIA LOCKDOWN ENDS
Some great news if you're living in Victoria, the state's five day lockdown ends tonight! From midnight, almost all restrictions will be lifted. People will only be allowed to have 5 visitors in their home, though, and everyone will still have to wear masks when they can't socially distance. Schools will reopen, and spectators will be allowed back at the Australian Open.

KOALA'S NEW FOOT
You're about to meet Triumph the koala. He's a rescue, and was born with a missing foot. Now, with some specially designed help, he's up and about and happier than ever. He was rescued by Marley here on a property near Lismore in northern New South Wales back in 2017, so Marley got straight to work and put a call out to anyone who might be able to make a prosthetic one for him. Enter Jon, he's actually Marley's dentist, and usually makes dentures for humans. But thought he'd have a crack at the old koala boot too, I mean how different can it really be? While Triumph's still getting used to his new accessory, Marley says it's got all the koala-fications to give him an active and happy life.

MOUNT ETNA ERUPTS
Talk about explosive. This is Mount Etna in Italy, and this is a volcanic eruption. You might have seen it before, because it erupts quite a bit. But lately, it's been spewing volcanic ash into the sky, closing a nearby airport and covering everything in crusty bits of black volcano dust.

CHINA LIGHT SHOW
Lunar New Year might have kicked off last week, but in China, spring festival is still in full swing! Cities around the country have been putting on spectacular light shows, decorating buildings, bridges, and even gardens of light.

SUPERHERO WINDOW CLIMB
It's a bird, it's a plane! No, it's an Austrian Special Police Force Officer dressed as SPIDERMAN! Dressed up in superhero costumes, these highly skilled operatives wanted to bring a bit of joy to kids inside this hospital. And, it seems, some adults, too. Later on, there was even a meet and greet and photoshoot for some lucky kids.

For the past 50 years, Behind the News has been helping to break down current issues and events for young people all around the world. The program is a high-energy, fun way for people to learn about the stories we see in the news, while providing background information that isn’t usually given by other news bulletins.

We have over 1000 stories on all sorts of topics - everything from politics & volcanoes, to online security & fortnite. If you're looking for help to understand something, you'll probably find it on BTN. 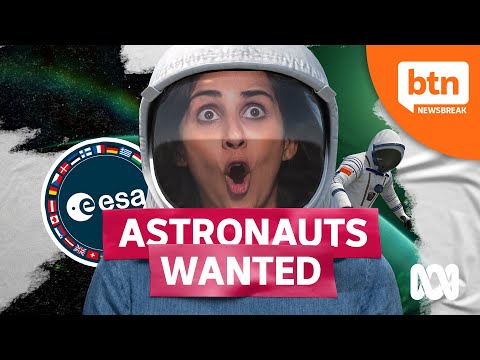 ASTRONAUT CALL OUT The European Space Agency is looking for new astronauts. It's been eleven years since the last call out, but this time around it wa...